Theologians from both ends of the dispensational-covenantal spectrum recognize that theological positions can be placed anywhere within this continuum.[1] As John S. Feinberg, a Dispensational theologian, states,


Feinberg continues to elaborate that most theological systems, in fact, fall in between the two extreme ends of this dispensational-covenantal continuum. He writes: 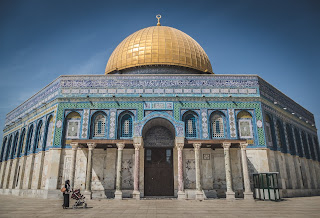 
What the Sine Qua Non of Dispensationalism is not


“Dispensationalism is too often defined in terms of its lowest common denominator and thus is not adequately distinguished from other systems of theology. For example, Stanley Toussaint defines dispensationalism as the theological system that “recognizes various administrations or economies in (the) outworking of God’s plan in history.” This definition omits anything that is unique to dispensationalism. Virtually every system of Christian theology recognizes various administrations or economies within God’s plan, yet it would be inaccurate to claim that all of these systems are dispensational. Dispensationalism must be defined in terms of its unique essence, namely that which distinguishes it from other systems of theology.”[9]


“Therefore, have we as Bible-Presbyterians become dispensational? No, because we do not hold to a dispensational scheme but a covenantal one.”[11]


Dispensationalist John S. Feinberg realizes that a common error is to define Dispensationalism by defining a dispensation. He concurs with the observation that Covenant theologians, likewise, perceive various administrations or economies of the overarching “covenant of grace.” Therefore, the concept of dispensations is not unique to Dispensationalism.


While it is true that the recognition of covenants within the Bible does not necessarily make one a Covenant theologian, the acknowledgment of dispensations within Scripture, similarly, does not turn a theologian into a dispensationalist.


“Most dispensationalists are four-point Calvinists. The point they reject is the third point - Limited Atonement. They believe that the atonement of Christ is unlimited in both its sufficiency and efficiency. Christ died sufficiently and effectively for the whole world, though only the elect are saved. This is no different from Arminian [sic] view of the atonement.”[25]


Again, it is imprecise to define Dispensationalism via the applicational points of its foundational principles. This manner of argument is a red-herring at best.


Here, Feinberg makes some important remarks. The sine qua non of Dispensationalism has its greatest ramifications in the areas of “ecclesiology and eschatology.” Therefore, in Khoo’s definition of Dispensationalism, it is not helpful to evade a discussion of its foundational principles that have their furthest applications in ecclesiology and eschatology.[27]


In the following pages, we shall begin our discussion of what truly constitutes Dispensationalism.


Who is a Dispensationalist?


We shall now attempt to define the term “Dispensationalist” generally. At the same time, we recognize varieties within Dispensationalism i.e. Classical, Revised/Normative, and Progressive.[31]


On the other hand, Tan correctly identifies Covenant theologians as those who do not see a distinction between and the Church. This understanding falls at the other end of the dispensational-covenantal continuum. Tan writes:


The Sine Qua Non of Dispensationalism as Defined by Ryrie


“A dispensationalist keeps and the Church distinct . . . This is probably the most basic theological test of whether or not a person is a dispensationalist, and it is undoubtedly the most practical and conclusive. The one who fails to distinguish and the church consistently will inevitably not hold to dispensational distinctions; and one who does will.”[36]


Therefore, according to Ryrie, “the most practical and conclusive” theological test to distinguish a Dispensationalist from a Non-dispensationalist is whether the theologian adheres to the Israel/Church distinction.


“This distinction between and the church is born out of a system of hermeneutics that is usually called literal interpretation. . . . Consistently literal, or plain, interpretation indicates a dispensational approach to the interpretation of Scripture.”[37]


“[Charles C.] Ryrie proposed a threefold test to determine whether a theologian is a dispensationalist: (a) a distinction between and the church, which grows out of (b) a consistent use of literal (normal or plain) interpretation, and (c) an understanding that the display of God’s glory is His underlying purpose in the world.”[39]


Despite the threefold sine qua non as defined by Ryrie, Stanley Toussaint reminds us that the most foundational principle of Dispensationalism is the Israel/Church distinction. He writes:


With regard to the threefold sine qua non formulated by Ryrie, Khoo exclaims:


“The sine qua non (i.e. essential elements) of dispensational theology are the (1) distinction between and the Church, (2) literal interpretation of prophetic texts, and (3) unifying principle of the glory of God. We, as reformed premillennialists, can agree to all three points.”[41]


“The BPCS [Bible Presbyterian Churches in ] and FEBC [Far Eastern Bible College] – being covenant and premillennial in theology – are agreeable to all three points [of the sine qua non of Dispensationalism].”[42]


“By Dispensationalism, I have in mind that system of theology that was developed by J. N. Darby that gave rise to its modern emphasis of consistent literal interpretation, a distinction between God’s plan for Israel and the church, usually a pretribulational rapture of the church before the seventieth week of Daniel, premillennialism, and a multifaceted emphasis upon God’s glory as the goal of history. This includes some who have held to such a system but may stop short of embracing pretribulationism.”[44]


In previous blog posts,[45] we have observed that Bible Presbyterian theologians in Singapore generally adhere to the pretribulation rapture of the Church. Therefore, even if we use Ice’s definition of Dispensationalism, we are confident that the Bible Presbyterians in will fit that description perfectly. 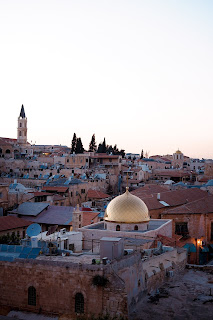 It becomes necessary for us to recognize that, although covenantal, Reformed Baptists do recognize a distinction between Israel and the Church (national Israel as an Old Testament type of the Church, with the Church as the anti-type), Dispensationalists see Israel and the Church as distinct in the sense that there are separate redemptive plans and programs for national Israel and the Church, with the Church's inception on the Day of Pentecost in the New Testament. Reformed Baptist covenant theology (also known as 1689 Federalism) as developed and popularized by theologians like Pascal Denault and Samuel Renihan, and seminaries such as the IRBS Theological Seminary, are variations of Reformed covenant theology espoused by their Presbyterian and Reformed brethren in other denominations.

The Reformed Baptist understanding of a distinction between Old-Testament-national-Israel and the Church, and the type-antitype relationship between the two respective entities, should not be confused with the Dispensationalist's sine qua non. Reformed Baptists do not believe that God has separate redemptive plans or destinies for national Israel and the Church. In covenant theology, the Church includes Jewish and Gentile believers justified by faith alone from both the Old and New Testament dispensations, and from all nations. Ethnic Israelites do not have unconditional salvific privileges based upon the earthly, physical promises of the Abrahamic covenant of their patristic fathers. All salvific benefits of redemption are found in Christ alone, through the New Covenant or the Covenant of Grace in Reformed Baptist understanding. As such, one would be acutely confused to confound Reformed Baptist covenant theology with Dispensationalism.


With regard to the threefold sine qua non proposed by Ryrie, the first two points are intimately interlinked.[46] On a general note, one cannot apply the Israel/Church distinction in one’s interpretation of Scripture unless one attempts to adhere to a “consistently literal” meaning for the word “Israel.”[47]


Concerning this “literal” hermeneutics, Poythress observes that “nearly all the problems associated with the dispensationalist-nondispensationalist conflict are buried beneath the question of literal interpretation.”[48] But the definition for “literal interpretation” has received inconsistent, sometimes even opposing, answers from those who claim to adhere to this hermeneutics. Furthermore, the attempt to define “literal hermeneutics” has been confounded by the difficulty of conclusively answering the question of “what is meant by literal?”[49]


Elsewhere, Blaising argues that a consistently literal hermeneutics is not a historically clearly defined sine qua non for dispensationalism.[51]