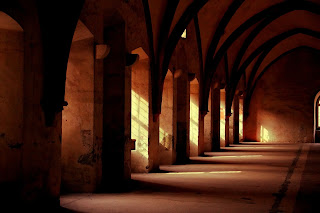 It is pertinent for us to study how the apostle Paul understood the position of national Israel with regard to its spiritual inheritance. In his epistle to the Galatians, the apostle Paul, amongst other theological issues, was arguing against the notion that Jewish Christians have a status or claim that is distinct from that of the Gentile believer. According to Paul, Jew and Gentile Christians are all one in Christ. “There is neither Jew nor Greek (Gal. 3:28),” for Christ has expanded the Abrahamic covenant to include people from all races and nationality.


We begin our discussion by following Paul’s thoughts in Galatians 3:13-16:


“Christ hath redeemed us from the curse of the law, being made a curse for us: for it is written, Cursed is every one that hangeth on a tree:﻿ ﻿That the blessing of Abraham might come on the Gentiles through Jesus Christ; that we might receive the promise of the Spirit through faith.﻿ ﻿Brethren, I speak after the manner of men; Though it be but a man’s covenant﻿﻿, yet if it be confirmed, no man disannulleth, or addeth thereto. ﻿﻿Now to Abraham and his seed were the promises made. He saith not, And to seeds, as of many; but as of one, And to thy seed, which is Christ.”


In this passage, Paul directs the attention of his readers to the “seed” of Abraham. The promises of the Abrahamic covenant are made to “Abraham and his seed (Gal. 3:16).”[1] Paul emphasizes that the word “seed” is in the singular, remembering that the same word was also singular in Genesis 13:15-16, 17:8, and 24:7. Although “seed” can be used to denote all the descendents of Abraham, Paul specifically states that the seed “is Christ (Gal. 3:16b)” in this passage.


Bruce further explains that, “In the first instance [in Galatians 3:16] the reference is to a single descendant, Christ, through whom the promised blessing was to come to all the Gentiles. In the second instance the reference is to all who receive this blessing; in v 29 all who belong to Christ are thereby included in Abraham’s offspring. Paul was well aware that the collective noun could indicate a plurality of descendants as well as a single descendant. So, in Rom. 4:18, he identifies Abraham’s offspring of Gn. 15:5 with the many nations of Gn. 17:5, interpreting the latter as Gentile believers.”[2]

We note that further down the passage in Galatians 3:26-29, Paul writes,


As elucidated by Bruce, the word “seed” is used here in Galatians 3:29 to denote “all who belong to Christ.” Therefore, all believers-in-Christ constitute Abraham’s seed, and are heirs of the Abrahamic promise. According to , Paul understood from the Scriptures that “all the nations would be blessed through Abraham. Part of what Paul means is that God will justify the Gentiles in the same way as Abraham, namely, by faith. The promises were made to Abraham and his descendants, specifically the descendants through Isaac, but Paul knows that the promise included the Gentiles. He therefore has to conclude that the descendants are the people who share the character of Abraham as believers in God, regardless of whether they are physically his offspring or not; believing Gentiles are included, whereas unbelieving physical descendants are excluded. By using the term in a nonliteral sense Paul can assert that Jewish and Gentile believers are included in the one offspring or “seed” of Abraham; the language speaks of “seed” (singular), not “seeds” (plural).”[3]


In Galatians chapter 3, what is amazing in Paul’s teaching is that, through the reception of the Jews and Gentiles into union with Christ by faith, the blessings of the Abrahamic covenant are being fulfilled in the church age. Schreiner writes, “The genuinely novel element in Paul’s argument is the claim that the worldwide blessing promised to Abraham is now in the process of fulfillment. Not only is the promise being fulfilled, but it is coming to fruition through the single seed of Abraham - Jesus the Messiah (Gal 3:16).”[4]


Through the blessings of the Abrahamic covenant, nations of the world are being brought into Christ by salvific faith. Believers of all ethnicity and race constitute the true seed of Abraham. On the other hand, Jews who are outside Christ are not Abraham’s seed, for Paul writes, “And if ye be Christ’s, then are ye Abraham’s seed, and heirs according to the promise (Gal. 3:29).” There is indeed unity in Christ. But this unity does not come about with biological descent, racial privileges, or any ceremonial practices. Paul emphasizes the fact that Gentile believers were no less than Abraham’s seed; they are spiritual descendants of Abraham just as surely as the Jewish believers are Abraham’s biological descendants.


Bruce summarizes Paul’s argument that there is now no distinction between Jews and Gentiles as far as the gospel is concerned:


“Paul’s position was clear-cut: had the law shown itself able to impart life, this would have given the Jews an overwhelming advantage; but since the law’s inability to do any such thing had been demonstrated, there was now no distinction between Jews and Gentiles before God in respect either of their moral bankruptcy or of their need to receive his pardoning grace. The law-free gospel put both communities on one and the same level before God, so that ‘in Christ’ there was ‘neither Jew nor Greek’ (cf. also Rom. 1:16; 3:22f.; 10:12; 15:8f.; 1 Cor. 1:24; Eph. 2:13-22; 3:6; Col. 3:11).”[5]

[1] With regard to Galatians 3:16, it is interesting to note what Todd Mangum writes concerning the hermeneutical inconsistency of Normative Dispensationalists, and if I may add, Bible Presbyterians. Mangum comments, “In my opinion, no passage challenges the dispensationalist division between and the Church more than Gal. 3:16. I find myself astonished at how frequently “normative dispensationalists” seem oblivious to the fact that, if neither a spiritual-typological hermeneutic nor a (progressive dispensationalist) complementary hermeneutic is permissible (which is what they have insisted in no uncertain terms against covenant theologians and progressive dispensationalists), then Gal. 3:16 renders their own theological position impossible. If Gal. 3:16 be taken “strictly literally,” then Paul explicitly denies that the Abrahamic covenant does what the dispensational position traditionally has demanded; viz., secure a Divine obligation to obtain a future land and kingdom for “Abraham's seed.” According to Paul in Gal. 3:16 (again, taken “strictly literally”), the Abrahamic covenant concerned Abraham and Christ, and not others of Abraham’s “seeds.” This passage, at the very least, obliterates the “normative dispensationalist” claim of being the ones who are “consistently literal.” Dutch Reformed supersessionists, in fact, are the ones who take Gal. 3:16 most literally of all!” See R. Todd Mangum, “A Future for Israel in Covenant Theology: The Untold Story” (paper presented to the Evangelical Theological Society, Nashville, Tennessee, 16 November 2000), 11 n. 50, available from http://www.biblical.edu/images/connect/PDFs/A%20Future%20for%20Israel.pdf#search=%22todd%20mangum%20a%20future%20for%20israel%22; Internet; accessed 11 September 2006.
[2] F. F. Bruce, The Epistle to the Galatians: The New International Greek Testament Commentary (Grand Rapids, MI: Wm. B. Eerdmans Publishing Co., 1982), 172.
[3] I. Howard Marshall, New Testament Theology (: InterVarsity Press, 2004), 226.
[4] Thomas R. Schreiner, Paul, Apostle of God’s Glory in Christ: A Pauline Theology (: InterVarsity Press, 2001), 160.
[5] Bruce, The Epistle to the Galatians, 188.
[6] R. C. H. Lenski, Commentary on the New Testament: The Interpretation of ’s Epistles to the Galatians, to the Ephesians, and to the Philippians (Peabody, MA: Hendrickson, 1937), 191.
Posted by vincit omnia veritas at 6:57 PM No comments: