Making a Case for an Essential Dependence Model in the Doctrine of the Eternal Generation of the Son. 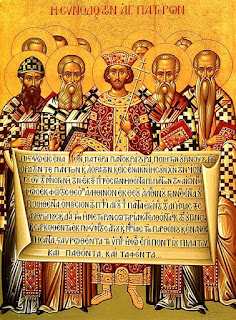 “Behind the missions of the Son and the Spirit stand their eternal processions, and when they enter the history of salvation, they are here as the ones who, by virtue of who they eternally are, have these specific relations to the Father. For this reason, the Trinity is not just what God is at home in himself, but the same Trinity is also what God is among us for our salvation.” Fred Sanders.

Philosophically, how should we understand the doctrine of eternal generation? In what sense does the Son depend on the Father for his existence?

The Son causally depends on the Father.

Necessarily, the Father causes the Son to exist.

Causation is diachronic. The cause always precedes the effect in time. This implies Arianism – there was a time when the Son was not.

Causation relates events (including events involving persons), but not persons.

The Son modally depends on the Father.

Problems:
Not asymmetric: The Father also modally depends on the Son. We do not want this as the Father is unbegotten, and only the Son is begotten. If modal dependence is true, we will have eternal generation going both ways, that is, the Father eternally begets the Son, and vice versa.

Unwanted dependence occurs: For example, if modal dependence is true, the Son modally depends on Universals like the Number 2 as Universals exist eternally.

The Trinity has 3 persons. Hence, the modal dependence model would require modal dependence upon the numbers 1, 2 and 3, with the Son being the second person of the Trinity. This would also imply that the Son is eternally begotten from the Number 2.

We need a model of Eternal Generation with the following features:

2) Essential Definition: An essential definition specifies the essence of a thing, what it is to be that very thing.

Example of an essential definition:

To be a human being is to be a rational (differentia) animal (genus).

Example: The singleton set {Socrates} essentially depends on Socrates. To be {Socrates} is to be the set that contains only Socrates as a member.

The Son is eternally begotten of the Father ⇔ The Father is a constituent of a real definition of the Son, and the Son exists eternally.

According to the essential dependence model, the essence of the Son involves the Father. The Father is part of what the Son is, or what it is to be the Son.

Essential definition of the Son

Essential definition of the Father

Not diachronic: The Son and the Father exist simultaneously.

Asymmetric: The Son essentially depends upon the Father, but not vice versa.

Precludes unwanted dependence: The Son does not essentially depend on abstract universals like the Number 2, for instance (as in Modal dependence).

Avoids Subordinationism within the Godhead:

1) Necessary existence: Essential dependence is compatible with necessary existence. There never was a time when the Son was not (contra Arius). The Son exists necessarily, and yet is essentially dependent upon the Father.

2) Self-Existence (Aseity): Essential dependence is not a form of causation. In no way does it imply that the Father causes the Son’s existence. Thus, the Son possesses aseity.

Causation also implies succession in time; if the Father causes the Son’s existence, then the Father is chronologically prior to the Son (Arianism).

Reply: The Son is self-existing with respect to the divine essence, but not with respect to his person. Hence, we make a distinction between ousia and hupostasis (Calvin).

“Therefore we say that deity in an absolute sense exists of itself; whence likewise we confess that the Son since he is God, exists of himself, but not in respect of his Person; indeed, since he is the Son, we say that he exists from the Father. Thus his essence is without beginning; while the beginning of his person is God himself.” (John Calvin, Institutes of the Christian Religion & 2, ed. John T. McNeill, trans. Ford Lewis Battles, vol. 1, The Library of Christian Classics (Louisville, KY: Westminster John Knox Press, 2011), 154.)