An Update On Organ Trading In Singapore 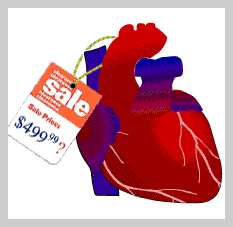 Not too long ago in February 2007, “MOH says 'no' to sale of human organs.” Channel NewsAsia wrote, “Singapore is standing firm against organ trading, even if it may save more lives, said Health Minister Khaw Boon Wan.”

But within slightly more than a year’s time, Singapore seems determined to liberalize the sales of organ, or at least to begin acting upon such an idea. In Time, Peter Ritter elucidated in his article, “Legalizing the Organ Trade?” concerning the organ-trade situation in Singapore:

During a recent parliamentary hearing on two organ-selling cases, including the one allegedly involving Tang, Singapore's health minister Khaw Boon Wan said the city-state should consider legalizing the payment of kidney donors. "We should not reject any idea just because it is radical or controversial," he said. "We may be able to find an acceptable way to allow a meaningful compensation for some living, unrelated kidney donors without breaching ethical principles or hurting the sensitivities of others."

Singapore hasn't taken any definitive steps in that direction since Khaw aired the idea in late July. And though Khaw has said he was only bringing the subject up for discussion, his radical suggestion quickly provoked debate in Singapore's medical community. "It is not a good idea to legalize payment for organ donors as such payment institutionalizes the belief that the wealthy ill have property rights to the body parts of the poor," says Professor A. Vathsala, director of the adult renal transplantation program and head of nephrology at Singapore's National University Hospital. The Singapore Medical Association has also come out against such payment. …

Yet the idea of compensating living kidney donors also has prominent proponents in Singapore, who say that it could help solve a severe shortage — the waiting list for a kidney transplant in Singapore is up to nine years. Lee Wei Ling, director of the National Neuroscience Institute and daughter of Singapore founder Lee Kuan Yew, last year proposed legalizing organ trading, arguing that if the donor was properly cared for and "if monetary incentive makes a potential living donor more willing to save another life, what is wrong in allowing that?"

The Singapore Medical Association has organized an ethics convention for medical practitioners in Singapore to “hammer out” the issue. It might be interesting to see how the “powers that be” fight it out in this convention.

SMA claimed that, “A panel of distinguished local and overseas experts will share their views on the topic and address queries.” I wonder what “address” means. I only wish that there would be an uncensored, unbridled, and lively debate on this topic – which is really the tip of the bioethics iceberg in Singapore.

Although the event is held on a weekday, I do hope my Christian colleagues would attend the meeting and be able to contribute their viewpoints in accordance with the sanctity of human life and good medical ethics.

If bioethical practices were to continue to be liberalized in Singapore, the following concern voiced by Ritter might become an unwelcomed reality:

Given that influx of wealth foreign patients seeking treatment, critics worry that legalizing the payment of organ donors could open a market for transplant tourism. "That sounds like a nightmare," says WHO's Noel. "I seriously do not think Singapore would like to create this image. They don't want to be the place where you can obtain the parts of another person."

PS: I had a very busy month, and had been trying to make ends meet. Besides, my academic term is starting very soon and I have much preparation to do. So blogging might not be my top few priorities in October 2008. Please do excuse my sluggish blogging.
Posted by vincit omnia veritas at 7:28 AM