A Local Church in Beijing 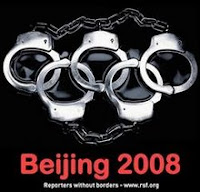 It was a humbling experience to worship at a local church in Beijing, China. And I am not referring to the church building or furnishings. A church member, Ling, together with about 20 others were crammed into an old, tiny 500-square-foot apartment to pray and to praise the risen Lord. Folding stools and a small table were squeezed into this two-room flat to provide a makeshift place of worship for some local Christians.

The worshippers were mostly young adults. Some were former students of Peking University, and most were working individuals. This home church was not a registered, “state-monitored” church. In China, the only Christian churches the government recognizes are the state-sanctioned Three-Self Patriotic Churches, which the government established under a policy of "self-governance, self-support, and self-propagation" to eliminate influence from foreign countries. But many local congregations here believe that only Jesus should be the Head of the Church, not the Chinese government. As such, such gatherings are considered illegal, and run the risk of prosecution and arrest. Despite the prospect of being interrogated or even arrested, Ling's church leaders have decided not to register altogether.

What humbled me was not the condition of the place of worship. It was neither the poverty some of these brethren were going through, nor the persecution these Christians have to face from the Chinese government. As a Singaporean, I was humbled by the Chinese Church, and in fact, felt rather ashamed of the churches in Singapore for a simple reason: by and large the Singaporean Church can be likened to the church at Laodicea. “Because thou sayest, I am rich, and increased with goods, and have need of nothing; and knowest not that thou art wretched, and miserable, and poor, and blind, and naked (Rev. 3:17).”

It is amazing what a little wealth can do to a Christian here in Singapore. It takes away his dependence upon God, and makes him worship his own human abilities and worldly possessions. Instead of making the Lord God his help and strength, his bank account and his career become the gods of his life. The curse of the Singaporean Church is her wealth and her economic stability. She has come to rely on, not God, but her wallet.

Those who came from Christian families will know what I am talking about here. Contrary to the persecution the Chinese Church encounters, second-generation Christians in Singapore have experienced the exact opposite within their homes and social circles. There is a pressure to conform to the beliefs of their parents. Sometimes, there might even be an impetus for one to be converted to the Christian religion.

The Chinese Christian from an unregistered house church who proclaims faith in Christ knows what he is up against: his government, his employers, and his family. To be arrested might mean years locked up in jail, and loosing one’s job. Worse, he might never see his wife for the next decade or so. The Singaporean Christian from the megachurch who proclaims faith in Christ knows what he is expecting from God: health, wealth, and acceptance from his Christian family and friends. He might even get a nice-looking girl from the same church (in fashionable dress and high heels, of course). This is especially true for those worshipping in churches that preach the prosperity gospel.

Despite governmental disapproval, these Chinese house churches are very influential. These Christians mince no words when it comes to preaching the gospel. Most certainly they are not ashamed of the gospel, for they are willing to preach the Word boldly to their colleagues, students, and friends, governmental persecution notwithstanding. They are very warm to visitors like myself, and they show great love and concern to each other as brethren-in-Christ. Like the Philadelphians who have “little strength,” what cannot be denied is that Christ has indeed set before them an open door, “and no man can shut it (Rev. 3:8).” The home churches are growing rapidly throughout China, and many Chinese have found Atheism and Neo-Darwinism an inconsistent and meaningless philosophy for life.

Furthermore, it is obvious that these house churches are not your regular thousand-membered church with grand pianos and a choir. These house churches are generally small, and some have yet to find themselves a pastor, let alone elders and deacons. Although certain orthodox Christians would not regard these house churches as true churches - due to the lack of ordained pastors and ruling elders - I believe the Lord has quite a different opinion when it comes to membership within the invisible, universal church. I have little doubt that these Chinese Christians are more avid Bible readers than most Singaporeans. I have also very little doubt that these Chinese Christians are more regular with their gospel preaching and outreach than the average orthodox, educated, intellectual Singaporean Christian.

If we have the opportunity to serve the brethren in China, I think it would be good for us to consider serving in one of these unregistered churches. Perhaps we can even bring back with us a little of their love, passion, and devotion to the Most High God. And to my beloved friends in China, “Behold, I come quickly: hold that fast which thou hast, that no man take thy crown (Rev. 3:11).”

(PS: “Ling” is a fictional name. The name was changed to protect the identity of the person.)
Posted by vincit omnia veritas at 7:14 AM

Amen. May God bless the Chinese Christians richly in their witnes for Him, and may God have mercy upon the degenerate situation here in Singapore.

thanks for sharing your experience. we are so far removed from what these dear saints have to endure...and I'm sure our lights are much dimmer because of it. I know many of our brothers and sisters in China are praying for some persecution for us to fuel our faith. thank you for your post.

I linked to your post. I do hope that others read this. thanks.

Thanks Pastor Messerli for your kind comments. I am just very humbled by these persecuted brethren, and I feel that we must do something about our own spirituality. Developed countries have produced many good and noble theologians and philosophers, but very few martyrs and warriors of the faith.

(PS: In view of national security, and to the government officials reading this, I do not at any time mean jihad :P)

Hi Mick.
Great story. Meet me in Hong Kong one year and come with me to China. I have now travelled in nine times and spend time teaching in the underground Church. It is amazing. We have supported a pastor now for some six years in his ministry in Southern China and it a wonderful partnership. The plastic chairs are fantastic. They carry them around on the back of a motor scooter and they can set up Church anywhere. If you have time you could read an article I posted on another blog. http://theologianswithoutborders.blogspot.com/2007/04/no-theologian-but-usable-none-less.html
The Chinese Church is amazing and I have been blessed to be associated with them.
Russell, from down under.

Mr. Chia, i have a firend in Beijing who studied Chinese. She's interested in joining even take a part in the ministry of underground churches in Beijing, China. Could you please pass me some information about it so i could help her. She's really want to be involved in a local church there. She has a heart. Thank you before ...

I would very much like to help, but the local churches there are very cautious with new visitors due to government crackdown.

The best way for your friend to find a "non-official" church is for her to ask around various Christian groups and/or missionaries. I'm sure some fellow Chinese Christians will be able to direct her to one house church ... there are several :)