Reasons for the Absence of Discernment 2 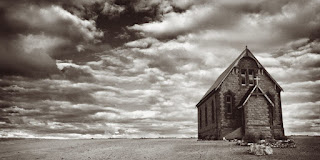 This philosophy of neutralism and compromise is naturally appealing to the carnal mind. Who would like to “reprove and rebuke (2 Tim. 4:2-5)” others when he can appear to be amiable, obliging, and agreeable? Who would choose to be a pungent, unpopular preacher when he can be the fashionable, positively loving pastor? Deviant doctrines are quietly tolerated in the name of love. All criticisms of questionable doctrines are quickly undermined as negativism and pharisaism. It is of little wonder that the spirit of biblical discernment is despised and even labeled as “narrow-mindedness,” “bigotry,” and “judgmental-ism.”

Let me recount an incident as an illustration. In a church I visited, there was a discussion on the issue of “househusband” during Sunday School. The pastor preached on the topic of God-ordained roles for Man and Woman, and subsequently elucidated the subject of biblical Fatherhood and Motherhood. The discussion group appeared to be fairly agreeable with the pastor’s teachings, which are, of course, according to the Word of God.

However, when the pastor was away to preach to a mission church the following week, another discussion group gathered after Sunday Service to reevaluate what was discussed the previous week during Sunday School. An elder of the church asked, “So, everybody agree with what was taught last week?” What subsequently followed was a torrent of disagreements and repudiation of the biblical views taught by the pastor last week.

Some proposed that it is good for a “well-qualified” woman to work outside the home, and to bring in the bread and butter, especially if the husband is unable to acquire a lucrative salary (for example, if the husband is a road-sweeper or hygiene officer). Others commented that if the husband is doing home-based work (e.g. Web-based work), he can be the “househusband” and take care of the children, while the wife earns extra salary outside the home. After all, why “waste” the wife’s qualification, and allow an incapable husband to earn the meager “few dollars?”

But the Bible is very clear as to what the roles of the husband and wife are. The husband is to be the provider, protector, and spiritual leader of the family. The wife is to submit to the husband’s authority, and to be a “keeper at home (Titus 2:4-5).” The father is never meant to breastfeed the kids, and neither is he endowed with the necessary glands for that purpose. Apparently, pragmatic concerns inundated biblical guidelines, and the opinions of men are elevated above the Word of God.

I was absolutely astounded as to why an apparently “doctrinally sound” church (I would like to refrain from naming this church, or stating its ecclesiastical associations) would succumb to such a compromising spirit and pragmatic philosophy. If church elders could not even figure out what the biblical roles for father and mother are, how can they lead the home, let alone the church? Most likely, the leaders know what these roles are (according to the Bible), but they would rather please men than to glorify God and to uphold His Word.

When a brother-in-Christ spoke up vehemently against these unbiblical views of Fatherhood and Motherhood, he was criticized as being “unloving” and “judgmental.” By associating any form of discernment or criticism with such pejorative terms, the leaders are covertly stifling the testimonies of these faithful brethren.

Also, the leaders hinted that he should not “despise” his weaker brethren who adhere to such alternative views. It was also declared during a discussion group that all views are correct, and that we should not “judge the views held by other brothers and sisters.” A session member even commented that a mature Christian would be able to “accept” and “love” another brethren, including his erroneous views. He insinuated that a mature Christian would not criticize others, let alone “judge” the other brother-in-Christ.

My reply is this, “A mature Christian will seek to please God rather than men, and will endeavor to honor God’s word rather than men’s mere opinions and preferences. A mature Christian will care for his brethren’s spiritual welfare, and will correct him if he is wrong. The failure to correct serious doctrinal errors, especially the failure for elders to do so, is tantamount to spiritual murder!”

In view of such a careless attitude to doctrine and truth, it is of little wonder that churches infiltrated by the irenic spirit of New Evangelicalism will inevitably follow the slippery slope down to greater compromise and spiritual privation.

May the Lord help us in this age of error.

Note: As I am trying to invest my after-work hours to research my project and writings, I have only my lunchtime to write for my blog. So do excuse me if there are any errors in my posts.
Posted by vincit omnia veritas at 4:44 AM

Is this the general state of Reformed Christianity in Singapore?

What about materialism, pragmatism, post-modernism? Is it as prevalent in Singapore as it is in the West?

First Question: Perhaps no (I would like to think it is not). There must be good Reformed churches in Singapore, just that we have to dig for them. If not, maybe it’s time to start one.

Second Question: Materialism, pragmatism, post-modernism? The first two best describe a typical Singaporean, but when a Singaporean goes to church, it becomes difficult to discern the “level” or “degree” of such infections. Almost everyone puts on a façade. Perhaps one’s private life is the best judge of things.

Post Modernism: In a sense, yes. But this comes subtly as a concept of say, “things are not so clear cut,” or, “this doctrine/command only applies in this situation.” The objectivity of Scripture is being replaced with the subjectivity of man’s preferences and opinions. But again, this only applies to certain congregations. Hopefully, there remains a faithful remnant of Reformed churches in Singapore.

Good post, even if you have to do it during lunch. I, too, am concerned by the lack of a concern for truth, and ultimately, that is what is happening. The christian church in America has all but caved in to the postmodern idea of truth being relative and personal. Those of us who hold to the truth of the scripture without compromise are considered mean and insensitive. It's amazing that the most loving thing we can do- teach the truth of God's word- is considered mean spirited.
Welcome to the post Christian world! Remember what Jesus said, "When the son of man comes will he find faith on the earth?" Jesus felt it was important to tell us this would be a problem, and we are seeing it all over the globe.
Thanks for your thoughtful posts. A real blessing for me to read your thoughts on that side of the globe.
Thanks for your words.

Thanks, Pastor Mike, for your encouragement and comments.

May the Lord strengthen you as you minister to the flock under your care, and may they appreciate the ministry of the Word. Be strong in the Lord. Hear from you the next time!

Vincent, thank you so much for your encouraging comments on my blog. Let me respond here so you can get an idea of what we have been going through here in Texas. Recently our senior pastor resigned over a sin issue that was discovered. It has been very difficult for our church, and as part of the staff, now a teaching pastor, it has been a real time of grief and concern for us. I just wanted to update you so you could understand better some of the comments made on my blog from those in our church. thanks for your kind words.